It’s hard to beat seeing a large patch of blooming Trillium in the spring. Whether it’s cruising the Roaring Fork Motor Trail in the Great Smoky Mountains National Park, driving the Nantahala Gorge, or creeping down Pearson’s Falls Road, everyone slows down to look at the masses of Trillium grandiflorum.

The species name, Trillium, is derived from tri for “three”. The foliage, sepals, and petals of adult trilliums occur in threes or multiples of threes, although mutations may occur causing some plants to bear more than three leaves. Young trillium plants generally spend several years in a one-leaf stage.

Structurally, trillium differ from most other plants. The trillium “stem” is a hidden underground horizontal rhizome. The rhizome is covered with dry, scale-like modified leaves called cataphylls. The stalk that arises from the rhizome is a leafless scape or peduncle bearing a flower. Bracts are leaf-like structures located above the leaves and below the flowers. Thus, by definition, the leaf-like photosynthetic structures on trillium are bracts, but in the descriptions below they are listed as “leaves” since most observers will call them that.

The reproductive portion of trilliums consist of six stamens surrounding an ovary. Each stamen consists of a filament surrounded by a two-chambered anther (the pollen-bearing portion of the stamen). Three stigmas (receptive to pollen) extend from the ovary. The color of the filament, anthers, and ovaries can be useful for identifying some trillium species.

The most common Trillium species found in the Southern Appalachians are described below. 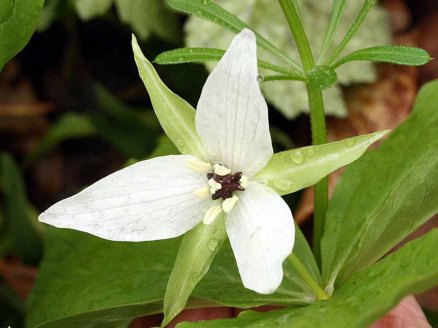 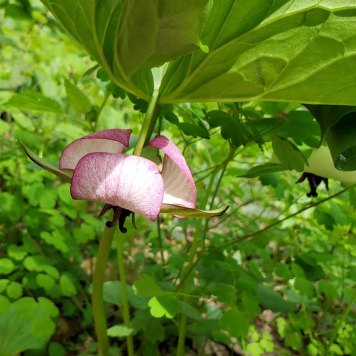 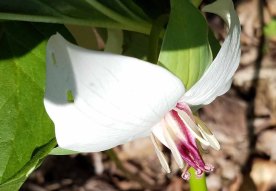 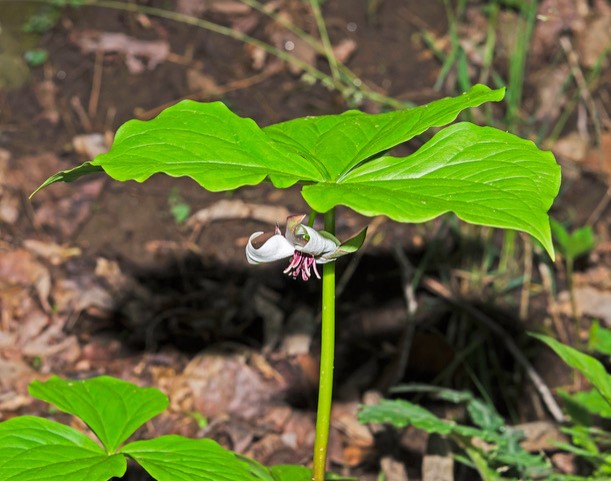 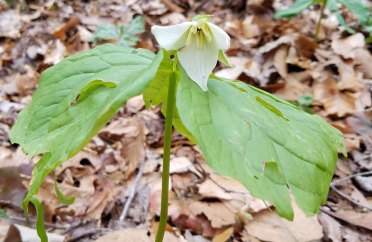 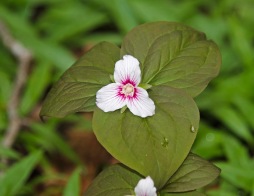 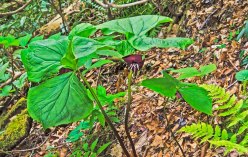 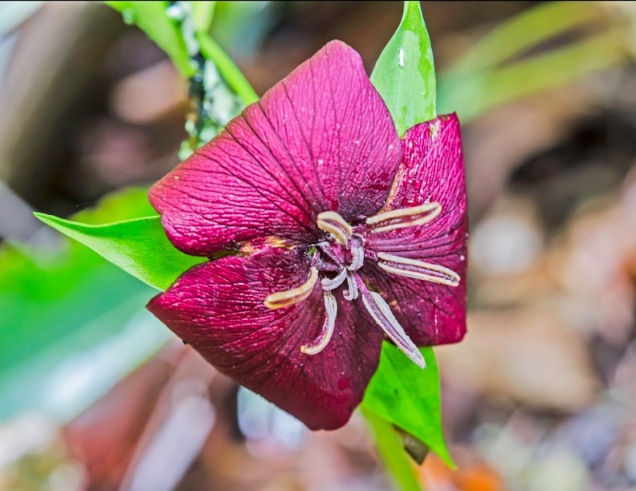 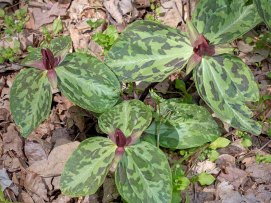 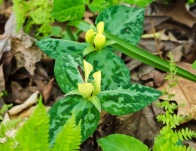 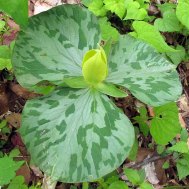