Milkweeds, so named because most have a milky sap in their leaves, grow along many of the trails we hike. The leaves and stems of many milkweeds also contain cardiac glycosides which, if eaten, are toxic to herbivores. Several of the milkweeds are host plants for Monarch Butterfly larvae (Danaus plexippus). The caterpillars are unaffected by the alkaloids and store them, protecting them from predators due to their bad taste. The alkaloids are retained in the adult butterflies, also providing them with protection.

Weakley list 46 different milkweed species found in the southeastern United States. Those we see most commonly are shown below. Click on any picture to zoom. 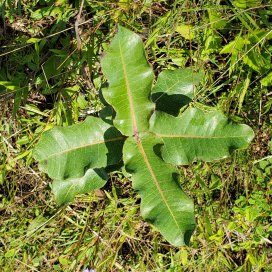 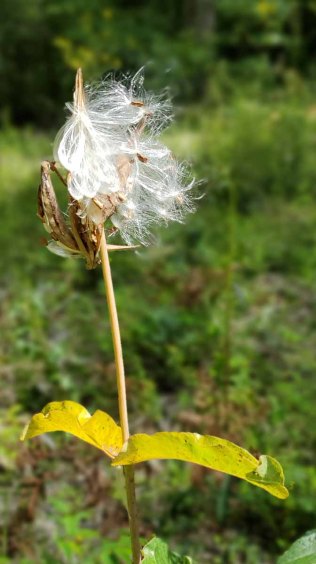 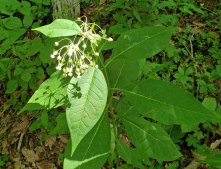 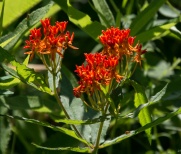